The day has finally arrived.


We are to announce the winner the Annual Awesome Anzac Cookie/Biscuit Cook-Off held at Pat's work! See this post for the background to this story.


Competition was fierce. The judging panel took their privileges as biscuit tasters very seriously in the blind taste test. Apparently all biscuits presented were delicious; however there can only be one true champion Anzac Biscuit Baker for 2012. 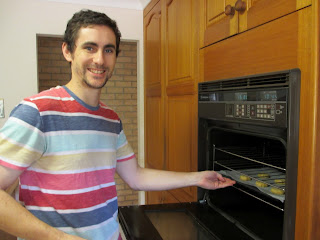 Here are Pat's winning biscuits as they were presented to the panel on the day of judging. 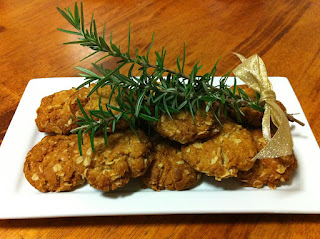 It was a unanimous decision by the esteemed judging panel. One comment was that these were possibly the best Anzac biscuits ever tasted!

We are so proud (and lucky!) to have the Champion Anzac Biscuit Baker in our family. Since being crowned Champion, we have had Pat baking several batches of the winning recipe. They are so delicious!

Archie has given his tick of approval too! 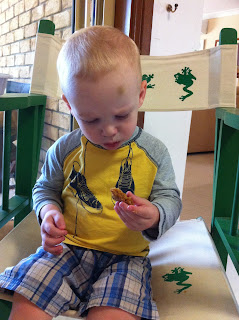 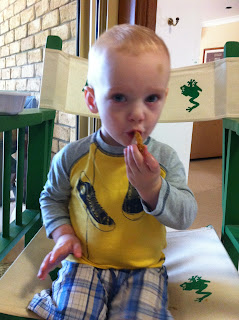 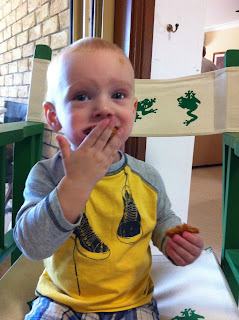 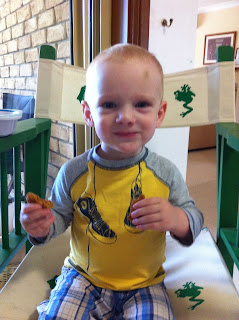 Now, as promised, here is the winning recipe! It is the original Australian Women's Weekly Anzac Biscuit recipe. Carole has made this recipe almost every Anzac Day for as long as Gerri can remember. You can't beat tradition!

Pat used a "generous" tablespoon when putting the mixture onto the trays, so his batches made 20 biscuits each time.

The recipe is from "The Big Book of Beautiful Biscuits" by The Australian Women's Weekly. This is the third cookbook Carole ever bought! It's now known as a "vintage" cookbook! 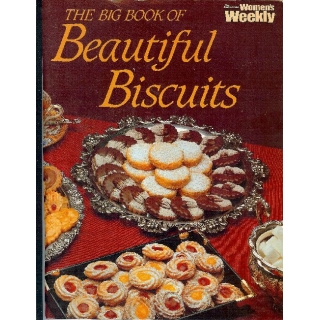 Stop by soon to check out the delicious dessert that Pat created out of his other batches of Anzac biscuits. Yum! 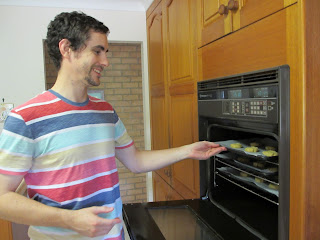 Posted by Carole and Gerri at 3:27 PM

Carole and Gerri
Brisbane, Australia
Welcome to the blog that houses the thoughts of the mother-daughter team behind Little Birdie Events. We are lovers of exquisite food and beautiful presentation. In addition to nurturing our families and working as full-time professionals in higher education and medicine, we own and operate a small event styling business to nurture our creative side. Enjoy our blog. Please visit our website and Facebook page for more information.

Check out our events that have been featured on other blogs.

All written content on our blog are our personal thoughts and opinions. All personal images and content may not be used without written permission and an accompanying link to this blog as the credited source.
Where text (e.g. recipes) or images are not our own, we will endeavour to credit them to their rightful source(s). If an image used on this blog belongs to you and you would prefer it not be displayed here, please let us know by email and it will be removed. If you see a credit that is missing or incorrect, and you know who should receive mention, please let us know.